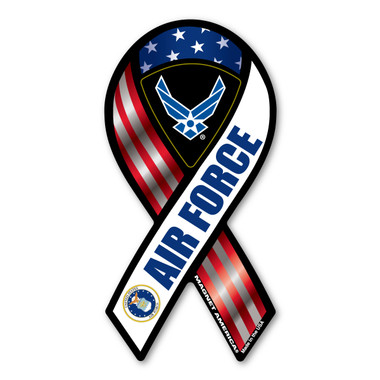 The U.S. Air Force can trace its roots back to the Aeronautical Division, Signal Corps, which was formed as a part of the army in 1907. In 1947, after a number of changes, W. Stuart Symington was sworn in as the first Secretary of the Air Force and it became its own branch. Among other things, they assist in the recovery of troops and air support of other armed forces. This 2-in-1 Mini Ribbon Magnet can be used by current and past members of the Air Force to show pride in their branch, as well as by those with loved ones in the Air Force to show their support.