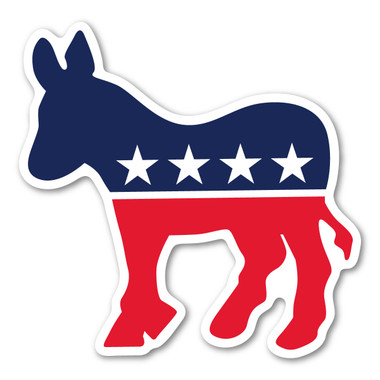 The Democratic Donkey was associated with Andrew Jackson's presidential campaign in 1828. His opponents called him a jackass (donkey) because he was strong-willed. He found it to be hilarious, so he decided to use it on his campaign posters. He went on to win the election and became America's first Democratic president. In the 1870s, Thomas Nast (political cartoonist) helped the donkey to become the symbol for the Democratic Party. Our custom-shaped Democratic Donkey Sticker is a great way to show your support for the Democratic party during election season!